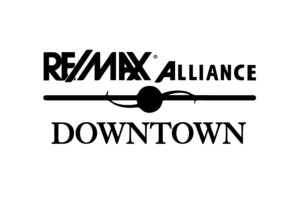 A look at the current real estate market; provided by RE/MAX ALLIANCE on Walnut.

Sometimes no change can be a good thing – stability, the known. From a real estate perspective no change can be a good thing depending on which side of the fence you are standing on. For those sellers who survived the 2005 to 2011 decline in home values, bank foreclosures and short sales, the sun emerged in 2012. The Boulder Valley real estate market steadied itself. Inventory levels for available properties began to diminish as buyers once again became a viable part of the market. As inventory shrank, home values increased.

It took a few years for the area real estate market to climb out of the hole it found itself in, but once it did it seemed like overnight scarcity replaced abundance. Average days on the market for single family home listings in Boulder County dropped from 156 days in 2011 to 76 days in 2014. Gloom and doom for home sellers became brightness and promise.

What about those poor buyers who were caught in this quickly escalating real estate market? For them, the good thing about no change was long term mortgage interest rates dropped to historic lows during this period of regeneration and stayed there. In 2006, when the real estate market began to spiral down, the traditional thirty year fixed rate mortgage averaged 6.41%. In 2014 that same mortgage averaged 4.17%. At this writing, the rate is 3.84%.

After a chaotic rebound from the dog years of real estate there appears to be some semblance of normalcy with the Boulder County real estate market. Through May/2014 there were 1,658 residential property sales (1,170 single family homes & 488 attached units). Through May/2015 the number was 1,783 (1,260 single family homes & 523 attached units). That’s an increase of slightly over 7.5% in the total number of residential property sales.

Available inventory continues to an issue, but is inching up slowly as we creep through the summer months. There were 1,077 active single family home listings in Boulder County at the end of May. That number was 1,003 at the end of April, resulting in an increase of 7.37% month over month. Not a huge gain, but a beginning to becoming a more balanced real estate market.

Real estate markets on the path to recovery are a bottom up phenomenon, where lower priced properties fuel the fire initially. As the intensity of the market spreads, higher priced properties begin to feel the heat from the flame and sales increase. We’ve been seeing that over the past six months as homes priced over a million dollars in Boulder County have begun to sell more quickly. Through May/2015 there have been 127 single family home sales over a million dollars thus far this year. Average days on the market are 299 – approximately ten months for the market to absorb itself. Through May/2014 average days on the market for single family homes priced over a million dollars was 449 – approximately fifteen months.