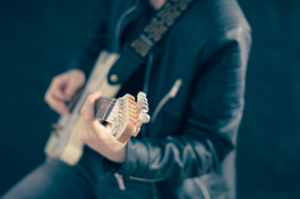 Balmy Boulder evenings are the perfect setting for live music, comedy, and storytelling.  After going on hikes in the Flatirons or exploring the Boulder Farmers Market, grab friends or family and head to Chautauqua to relish the scenery and musical stylings of local and national artists. The lineup at Chautauqua is also featured on the calendars for The Fox Theater and Boulder Theater, along with a couple of independent shows at each location.  Musicians from every genre–and one comedian–will delight audiences all summer long. Here is a list of all those coming to Boulder this summer.

Thursday, June 4th
Leo Kottke and James McMurrty are each pioneers in their genre. Leo is known for his fingerpicking style that has evolved from several different styles, which blends seamlessly with his polyphonic melodies. James McMurrty is a critically-acclaimed songwriter whose vignettes are stunning.

Saturday, June 16th
Paula Poundstone is a national treasure whose quick-wit and biting humor make her a regular panelist on NPR’s Wait, Wait… Don’t Tell Me!  Her storytelling includes improvisations much like a jazz musician. She has long been considered one of the country’s best stand up comedians.

Mary Chapin Carpenter is a five-time Grammy award-winning musician whose musical catalog spans thirty years. She is the reigning queen of Americana and folk music, and her acoustic stylings have sold over 14 million records.

Bela Fleck and the Flecktones are a force to be reckoned with. The jam-band combines top-notch talent across several genres to create a sound that is wholly their own and nearly indescribable. The band has reconvened after twenty years and reignited the spark that made them so popular. This is truly a show not to be missed!

Friday, July 27th
Car Seat Headrest is back by popular demand this summer at the Boulder Theater. The indie-rock group is back with a reimagination of its first release Twin Fantasy, and fans will love that no detail was left unexamined. Naked Giants opens the show with their self-aware rock that has been turning heads in the Pacific Northwest.

Amos Lee is a soul-and-folk musician whose voice is heavy with honey and just a touch of gravel. His music is rich with storytelling, and concert-goers will be treated with tracks from his forthcoming album, “My New Moon.”

The Weepies are a dreamy singer-songwriter couple whose music is known for its simple but powerful lyrics and compelling harmonies. The duo rarely tours as they have three children, so this is a great opportunity to hear their distinctive sound in person.

Bruce Hornsby and The Noisemakers bring classic rock and roll back to Chautauqua. Hornsby is a stalwart of the industry, having adapted blues, jazz, classical, and Motown styles into a signature sound. He remains one of the most innovative artists around.

Andrew Bird is a musical prodigy. He is known for seamlessly blending genres and instruments while keeping audiences on their toes. Neyla Pekarek of The Lumineers makes the perfect opener for this eclectic artist.

The Gypsy Kings featuring Nicolas Reyes and Tonino Baliardo are back by popular demand. The band’s music celebrates the vibrant history of flamenco, salsa, and rumba, and combines those sounds with  pop music sensations. Expect western classics performed with a flamenco flair and booming Spanish vocals. Be ready to dance and revel in an unforgettable evening!

Ziggy Marley is the perfect musician to see in Boulder. He is a singer, songwriter, and humanitarian dedicated to making the world a better place and creating beautiful music. He is the current king of Reggae, with seven Grammys and 16 albums to his name.

Mandolin Orange will leave you stunned by both their haunting lyrics and skilled musicianship. The North Carolina duo blends bluegrass and folk into something extraordinarily moving. This is a great show to sit back, relax, and appreciate the beauty of the Boulder community.

Boz Skaggs brings bluesy rock-and-roll to Chautauqua. His illustrious career spans four decades and he continues to evolve as an artist and a performer.

Saturday, September 8th
Andrea Gibson (they/them/their) is one of Boulder’s greatest treasures. They are an incredible poet and performer, with seven albums and the 2008 winner of the Woman of the World Poetry Slam under their belt. Expect the unexpected at this performance, as Gibson will use poetry to evoke every emotion.

An intimate evening of songs and stories with Graham Nash gives attendees the opportunity to connect more intimately with the two-time Rock-and-Roll Hall of Fame inductee. The activist continues to record music, write stories, and raise funds for worthy causes around the world. This evening will hear him share stories from his autobiography Wild Tales and decades of unparalleled songwriting.

Chautauqua is a venue unlike any other, and with so many great events scheduled, you’re sure to experience a wonderful performance during a beautiful Boulder summer night. Be sure to buy tickets in advance, as these shows will sell out.