Each generation has had their own great impact on the real estate market as each comes of home buying age.

Millennials are no different, they just haven’t been as decipherable as they follow a new path of progression to adulthood. Anticipating their housing preferences has been a tough call for the experts, mainly because the forces driving millennials decisions are very different from those that drove the generations before them.

This is the generation that went home to their parents’ houses in record numbers after graduating from college. Most because of the unhappy discovery that employment prospects were minimal and some due to delaying marriage and starting their own family.

Innovative bunch that they are, all indications at this time point to them having reassessed their situation, reset their goals and aspirations, and are now becoming the generation flooding the housing markets across the country.

They don’t behave like their parents or grandparents generations, so industry trends have been harder to predict.

This is the tech generation. They have expectations of instant gratification, unique communication and data gathering that fits their thought patterns and housing wants and needs to match.

They have turned impossibly tiny buildings into a chic new housing trend; and not just for themselves. Where once we added rooms as in-law dwelling spaces, they are adding Tiny Houses in back yards to the list of alternatives in caring for aging relatives.

When it comes to knowing what they want in a long term home, they are redefining room use and square footage to suit their own style of living. Because you don’t know what you don’t know until you learn it, this is an ongoing journey of discovery.

This is a generation taking the ideas of reusing and repurposing beyond the current limits.

For now, we can be encouraged about the market taking an upturn, as the latest Fannie Mae survey reveals more people than ever state this would be a good time to sell a home, and the interest rates have convinced even more people that this is a very good time to buy a home. 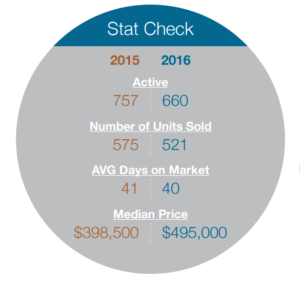 Both the 30 year and 15 year terms mortgage interest rates dropped slightly in the last two months.

More than 74% of homeowners across the country have realized significant equity gains, with even better numbers in the hot moving market in Boulder County. 521 sold and closed homes were reported in June, after an average of 40 days on the market.

Last year’s average Days on Market was higher at 41. National figures showed 49% of existing homes sales took less than a month to sell.

Sale prices continue their steady climb, with a median sales price of $495,000 reported for June. Inventory remains on the low side, but June saw a slight increase at 660 available homes as compared to June 2015 which saw 757 to choose from.

Rent costs are seeing sharp increases which could grow sales numbers in July and August, making for a strong showing in the third quarter of the year.